Frequent collaborators mxxnwatchers and Weir continue their electric run of collaborative projects with their latest downtempo, dub reggae-inspired offering, "Stoner House EP”. We sat down with the duo to chat about what 'Stoner House' even is, what gets them inspired, the power of magic mushrooms, and much more.

NS: First of all guys, congratulations on the release. This is your first EP project together since 2020, but you’ve dropped a number of singles and remixes since then. How has your approach to collaboration evolved over the years?

‍
mxxnwatchers: "Our collaborative process hasn’t evolved that much since we first started, honestly. That said, we've made a ton of stuff together over the years, so now we have a large palette of sounds to create from. A lot of time we start from a blank slate in Ableton, or sometimes we work off a small idea that one of us came up with during our solo work."

Weir: "Yeah, usually we start from scratch with sounds and instruments we’ve used before. In general I think it's tougher to work off of an idea that’s already started solo... we kinda get attached to the stuff we make on our own time. When we work as a duo from scratch, though, we often find ourselves working together almost as one unified mind rather than two individuals."

‍
mnxxnwatchers: "We’ve really nailed down our process over the years and our creativity has become really fluid. And a lot of times, we're coming up w/ the same idea at the exact same time.

‍
Weir: "Yeah, and I think some of the best tunes we’ve made were duplicated projects, where we reused all of the sounds to create a new song. Like "Bday Boomers" was the track we 1st made first on the EP, and we used that Ableton project as a template to write both "Reinstated Boom Groove" and "Rainfloral Kaffe" a few weeks later."

NS: Most of these tunes are slower and chilled out than your usual 4x4 house and techno releases. Is this a direction you both see yourselves taking in the future?

Weir: "I'm not completely sure what styles I'll be making in the future, but I do know that I'll always make both fast stuff and slow stuff. Right now, after working on this EP for over a year, there’s a totally different energy in the world now compared to when we started it. We made the first tune on the EP back in 2020 during the middle of lockdown, but now we wanna make fast music again after playing a lot of shows and clubs the past year."

mxxnwatchers: "Yeah I feel the same way, I love all the slow stuff that still has groove and energy for the dance floor, and I think we achieved that vibe with "Stoner House EP". When we were making it everything was closed - so we wanted a chill, soothing vibe, because that's exactly where the world was at. Now that everything's open now I wanna make faster techno and take the energy even higher."

NS: There’s a palpable dub reggae influence on this record (King Tubby came to mind), who are some of the reggae bands and dub artists who inspire you?

mxxnwatchers: "King Tubby is definitely a huge one for me, I've listened to him for a long time - he was one of the true pioneers of electronic music. The first reggae artist I got into at a young age was Bob Marley, and my interest in the genre expanded from there. Some of my main influences from reggae are Lee Scratch Perry, 10 Foot Ganja Plant, John Brown's Body - but I also like some of the modern, heavier stuff like Stick Figure, and 311. I think the biggest inspiration on this record for me has to be The Orb - their fusion of electronic, psychedelic and reggae music is so unique."

Weir: "I was also first introduced to reggae through Bob Marley's music when I was little, but I'm more into the modern reggae... like punk rock reggae. Bands like the Expendables, Sublime, Rebelution, 311... I grew up seeing a lot of these bands live when I was in high school, and the energy at the shows was always so different from the records - a more punk rock, thrasher vibe."

NS: What was your process like making the record?

Both: "So many mushrooms [laughs]."

‍
Weir: "Yeah... for every track on the EP, at least the early writing stages we were like "let’s boom it up!"

mxxnwatchers: "It's harder to finish tunes but easier to start them - most of these tracks started as analog jam sessions that we later fleshed out when we'd sobered up."

NS: So you mainly take mushrooms for inspiration and later you go back in sober mindset and polish them up.

Weir: "Yeah totally, also, having another person in the room is super helpful for when one of us gets writers block."

mxxnwatchers: "As far as instruments we used on the EP, we usually started with electronic sounds on synthesizers and drum machines, and then layered guitar over the top on every track (except maybe not on "Reinstated Boom Groove"). I grew up playing guitar from a young age, and was actually in a reggae band during high school. On the track "Sine Seeds", I played the bass live on bass guitar, layered that with with sub bass from a synth, and then added a crunchy layer of guitar over the top. I also have an old school tape machine that I used to record tanner’s sax parts, and summed it through the tape to give it a gritty, warm dub flavor. I used a similar technique on the piano of our track "Sunrise Sorbet"."

Weir: "What he said, and we also use tons of in the box stuff [in Ableton]. For this EP, though, we really dove into analog gear such as my Roland drum pad. We'd start a jam messing with bongo and conga presets, then delve into different percussion hits, and finally manipulate those sounds further in the DAW. In general, we get better results when we start just jamming on our analog gear - "Bday Boomers" was an all analog jam."

NS: This project is both sonically and visually striking — it has to be the most cohesive and thoughtful record you’ve released as a duo. Did you both have a vision for the single and EP artwork from the start, or did Mellisan really take the reigns on the visual side of things?

Weir: "Around 8 months into work on the EP, we presented Mellisan with concepts and ideas for the artwork and visuals. For both of us, painter Vladimir Kush is a huge inspiration, he has a gallery in Santa Fe where my parents live, so I try to go there every time I visit them. Our original idea for the artwork was a quaint little house in the woods (a stoner house), and from there, a lot of brainstorming, hard work and revision went into it with Mellisan taking the reigns building it out."

‍
Mxxnwatchers: I'm also a professional illustrator and graphic designer (I go by Goateye Designs), so I drew an original sketch which we gave to Mellisan, and let him run with that."

NS: What exactly is Stoner House? A new genre? Plans for future collaboration?

Weir: "By definition, Stoner House is reggae inspired house music that’s slowed down [downtempo], meeting in the middle of fast reggae and slow reggae. We always joked while making it that it’s "smoke a blunt on the couch" music but also "at the club" vibes - with big synth bass, clubby drums and dance-y grooves."

mxxnwatchers: "I think Chris coined the term. I think there was already a genre called stoner house, but it’s basically just lo-fi house; and we weren’t aware, nor do we give a fuck about that. To us, Stoner House is a blend of reggae-inspired sounds with electronic dance music. It's get down low music, not hands in the air energy... And that corresponds to reggae - it can still be big but it's always about the groove."

Weir: "Totally, it's a brand new thing... a weird pocket that’s not being tapped into."

Both: "We are so excited to have this project out, its been a long time in the making. We really hope people enjoy it!"

‍
mxxnwatchers: "Also, "Bday Boomers" is called that because we made it on my birthday in November 2020, while on mushrooms [laughs]."

Keep up with mxxnwatchers & Weir 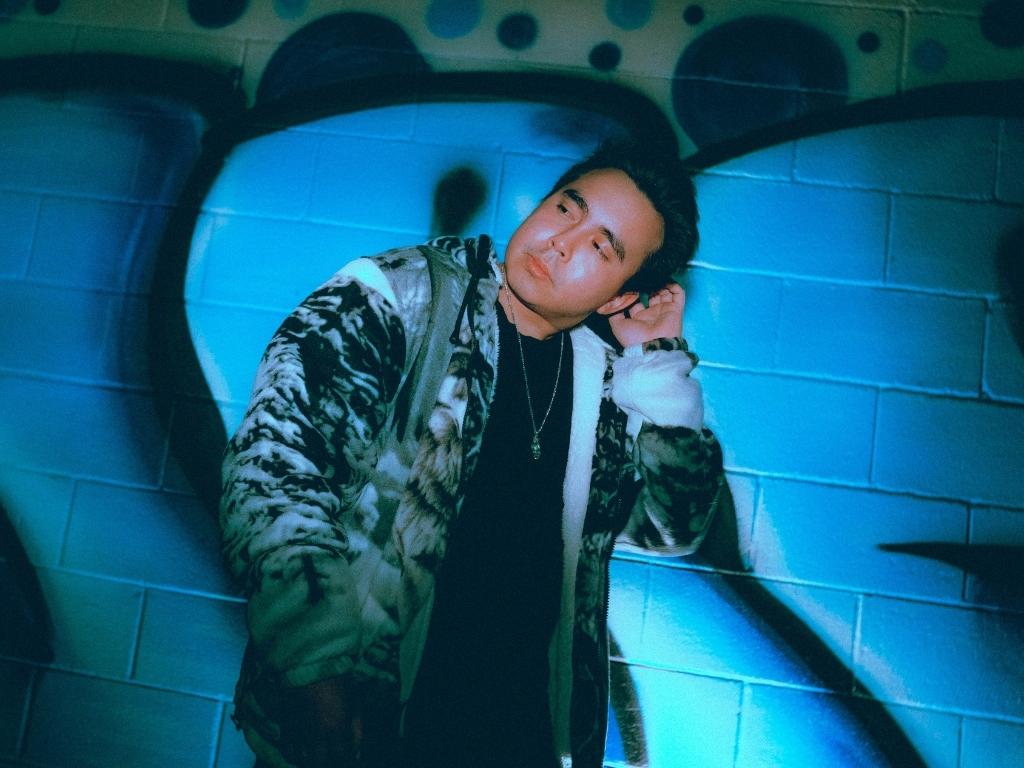 5/11/2022
Seradopa: One Of The Hardest Working Designers In The Music Industry 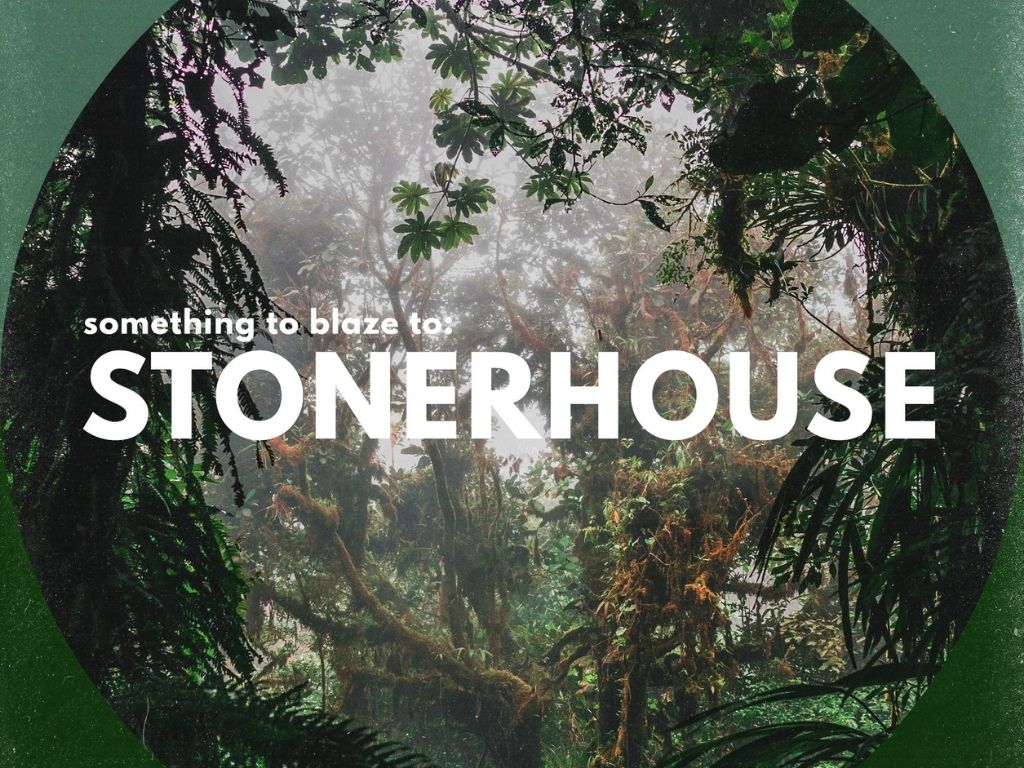